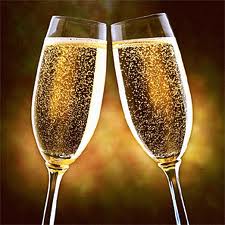 Champagne has become synonymous with celebrations. Weddings, birthdays and each New Year’s Eve.

What else would one expect to drink when there’s a momentous occasion to mark, a moment to savor, a snapshot in time?

Beer doesn’t have the same effect, in spite of the requisite bubbles.

What is it About Champagne? 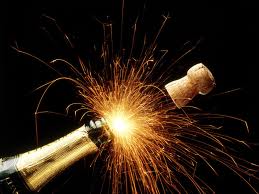 So what is it about this bubbly drink that sets it apart as the “must” drink when there’s a horn to toot? I know the answer, but do you?

It’s tasty. And darned tasty at that.

If excitement could be bottled, I believe it would closely resemble Champagne.

As you’ve guessed by now, I’m fond of it.

Sounds rather snobbish to you? Revise.

In France, drinking Champagne amongst the lower, middle and upper classes is a regular occurrence. For some reason, the French think nothing of paying 19€ for a bottle of celebratory drink.

This attitude is not uncommon, nor is it reserved for the affluent. Pretty much everybody has a glass on New Year’s Eve. Probably because a decent bottle can be procured for about 25€.

Of course really good ones go right off the charts, and there are the lower end of the scale ones which you can get around the holidays for about 14€ a bottle when you buy a case of 6.

Sales will be starting about the 10th of January and many supermarkets will put Champagne up for sale by the case and it will be snapped up at the same speed as flat screen TVs and expresso machines.

Last year, I was in Auchan: a large supermarket chain, with my daughter Rebecca and we bought three cases of 6 because the deal was buy two, get one free.

Our three cases lasted us until about April. She had her 25th birthday in February which did some serious harm to our supply.


Of course there is a mega-gazmillion industry actively promoting this aptitude for Champagne drinking.

320 MILLION bottles are sold each year. 58% of them, or around 185 million bottles, are sold to the French (and to certain ex-pat Americans who quite like a glass on a regular basis…) for on-site consumption. No! Not on the spot consumption in the super market parking lot! I meant:  to be swallowed in France.

So, by far it’s the French who are drinking what they produce, followed by the Brits, then Americans, and then by Germans.

Considering that the population of France is made up of 65 and a half million humans, that means that each person, including babies and grannies, drinks about 3 bottles per year.

Some of us consume more and thus make up for the babies and grannies. Not that I’m pointing any fingers while looking in the mirror. 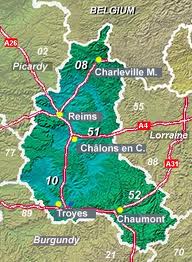 You may have noticed that I’ve been capitalizing the word: Champagne.

Ah-ha! Now we’re at the heart of a controversy. The naturally, or not so naturally, bubbly white or rosé wines produced in the USA, Australia, New Zealand and indeed in other regions of France, are NOT Champagne. Those wines are sparkling wines.

Only wine produced within the 25,000 square kilometers which make up the region named Champagne-Ardennes: just a bit north and east of Paris, may bear the name lawfully.

Champagne is not a generic word for sparkling wine. It is a geographic moniker.

The Champagne Region of France 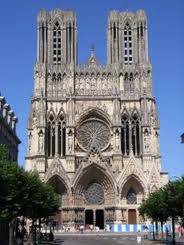 The two main cities which make up the heart of the wine producing area are Reims, and Epernay.

The first has a remarkable claim to fame as the home of the great cathedral which has been the site of the coronation of a chain of French kings starting with “Louis le Pieux” or “Pious Louis” in 816. The cathedral is stunning and worth a visit. 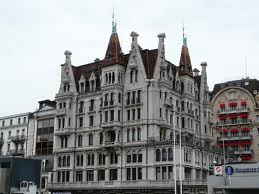 However, if you’re here for the wine, then a visit to Epernay and some of the big “maisons de champagne” such as “Mercier” are quite the tourist attraction.

There are 170 different “maisons” or Champagne houses. All of which have on-site shops where you can buy direct from the producer.

Some of them make a rather large song and dance over their tourist trade: providing tram rides through the underground cellars where the bottles are stocked to age. They’re fascinating.

A huge plus point is the possibility of tasting this delicious drink. Invariably you leave wearing a grin, and totter off to purchase some, which, after all is what the song and dance aims to make you wish to do. 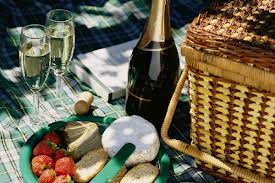 Still, the price reflects the rebate of being on site and any serious party planner drives up to the region to purchase their stock at least once a year.

It’s a pleasant outing, because the local food, as everywhere in France goes well with the local drink. Brie cheese comes from there too! Yay!

What a treat: a glass of bubbly, some brie and a fresh baguette.

The French know how to picnic!


My Preference, You Ask? 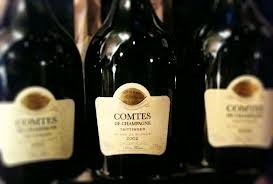 For a real treat I adore Taittinger’s “Comte de Champagne”: the upper end of their range. But it’s a rare treat and I’ve only ever indulged in this extravagance maybe a half dozen times in the 30 years I’ve lived here. 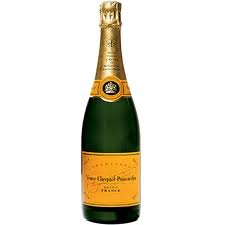 My basic choice is“Veuve Cliquot”, the one with the signature orange label. It’s always the same, always good and a sure thing. Costly enough to bring as a nice hostess gift at a dinner party, yet it won’t ruin your finances forever.

Most of the time I drink, for my own personal use, a lower end product of the 25€ variety. And it does vary, depending on what’s on “promo” at the market.

I try to get to a local producer every once in awhile and buy a case or two having tasted it, and pick it up for about 15€ per bottle. Smaller production, less advertising, good taste=good deal.

So, come visit and I’ll take you with me next time. It’s only about a three hour drive….


Return to What About Wine? from Champagne